SEND A CARD Show Your Sympathy to the Family 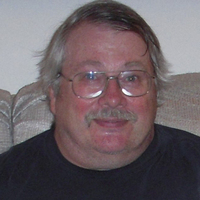 Tom was a kind and loving husband, father and brother, well known for his great sense of humor and concern for others.

He was born in Seattle, WA, January 23, 1958 to Thomas Kirkeeng Meekin and Catherine Marie Meekin (nee Chilton). Growing up, Tom lived in Seattle, Castle Rock, Yakima, Wenatchee and Olympia WA. He graduated from North Thurston High School, Olympia, Washington in 1976. During his junior year, Tom joined the Coast Guard Reserve and after boot camp in Norfolk, Virginia, spent the next four years serving his reserve time in Seattle’s harbors and the Washington coastline. Tom then moved to Seward Alaska where he spent several years working in the fishing and canning industry. In the late 1990’s Tom moved to Missoula, Montana where he worked as a long haul driver for Watkins Shepard Truck Lines. Switching to short haul driving for Sacs Trucking, Tom met his future wife while making deliveries to her family’s farm.

Tom was joined in marriage with Raechelle Jean Van Hoozen of Deer Lodge, Montana on June 16, 2000 in a small historical church in Coeur d’Alene, Idaho. Afterwards, Tom and Rachelle moved to Butte, where Tom continued working for Sacs Trucking until he retired in 2011.

Tom enjoyed cycling, taking a cross country trip after high school and always took his bicycle on his long haul trucking trips. He also collected coins and stamps and was an avid Seattle Seahawks fan. Tom was once bestowed the ‘nicest guy in Butte’ award by his employer.

Funeral Services will be conducted on Saturday at 1:00 PM in the Duggan Dolan Mortuary Chapel. Please observe all health and distancing regulations.

To send a flower arrangement to the family of Thomas C Meekin, please click here to visit our Sympathy Store.