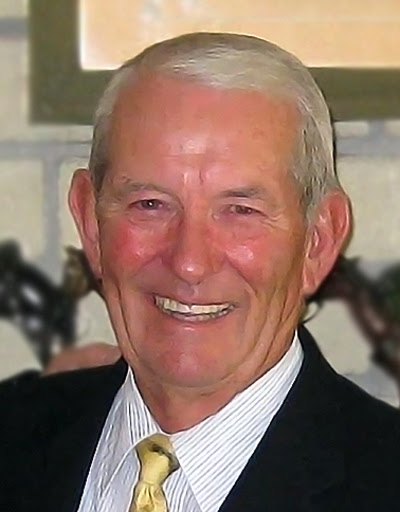 SEND A CARD - Show Your Sympathy to the Family

RD passed away peacefully from cancer on October 17, 2020 surrounded by his dear family. He was born in Butte, Montana on September 8, 1940 to nurturing and loving parents, Bob and Lorrie Holt Corette. During RD’s formative years, his favorite memories were summers on the Corette Ranch south of Butte. There he enjoyed spending time with his Hauck and Corette cousins mending fences, haying, riding and roping. He felt fortunate to have had such a carefree time at the ranch. He credits his DIY (Do It Yourself) approach to things by working on the ranch. At the age of 12, he learned to duck hunt at the “Duck Shack” in Dillon; this tradition continued through the next six decades of his life. Every winter weekend he skied at the Butte Beef Trail. He made many lifelong friends on the Butte ski team.

After graduating from Butte High School in 1958, he joined the Marine Corps Reserves and then attended the University of Montana. While there, he was a Sigma Chi pledge and was on the Rodeo Team. He graduated in 1963 with a B.S. degree in Business Management, and in 1966 earned his J.D. degree from UM Law School. While in college, he married Bobbie Reber. From that union, Lorrie and Christine were born. After their divorce, RD became a single parent. During this time, he was introduced to the beautiful Patty Prigge Monahan by her brother Bob Prigge, who was joining the Corette law firm. Sparks flew. RD won the hearts of her children (Joe Pat, Sean and Megan) the first time he met them when he performed his famous Nels Forman egg trick. After a short courtship, the couple embarked on a 45-year adventure on July 4, 1975. They did a beautiful job blending the families together. They enjoyed family ski vacations and summer vacations at Whitefish Lake. They were involved with the kids’ interests in golf, tennis, ski and piano lessons. The family, in more recent years, created memories celebrating the Millennium at Big Sky with the grandchildren having great fun at Georgetown; Oregon Coast; Sun River, Oregon; and most recently Whitefish Lake.

In 1993, Patty and RD took on a young boy, Cameron Lundy—another example of their unconditional love. They had many adventures with Cameron and adopted him in 1998. The children considered RD (Dad, Rdad and RD) as their “rock,” who always showed unconditional love—a guy who always had their back, always in their corner, always had time for them no matter the situation. His positive attitude and zest for life were admired and had a profound impact on them. He was known by his kids as a man who lived out his faith more than anyone they’ve ever known. He was a father who led by example, teaching good manners, how to have fun, respect others and yourself. He wasn’t a helicopter parent but one who taught the kids the difference between right and wrong and trusted they would do right. He taught compassion, generosity, kindness, empathy and to follow your passions and dreams. His legacy lives on through his children and grandchildren.

RD and Patty shared a great love together. They enjoyed an array of activities including tennis, skiing, cross country skiing, dancing, camping and hiking. They had some great travels near and abroad, but their best times were hiking Glacier Park trails and camping nearby. Sperry Chalet was a favorite. In later years, RD and Patty enjoyed desert living and called themselves “sunbirds.” They delighted in their community at Shadow Hills in Indio, California. They made good friends, enjoyed golf, wine tasting Bocce and sunshine. They hosted many family and friends at their home.

RD was a 3rd generation Butte lawyer. He exuded integrity, respect, common sense and wisdom. He loved practicing law and was passionate about mentoring young lawyers in his 43 years of practice. He had an illustrious career in law and public service. He was admitted to practice in the Montana Supreme Court, U.S. District Court of Montana, U.S. Circuit Court of Appeals-9th Circuit, and U.S. Supreme Court. He was a member of the American Bar Association, State Bar of Montana, Butte-Silver Bow Bar Association, International Association of Defense Counsel, Defense Research Institute, Montana Association of Defense Counsel, American Board of Trial Advocates, Best Lawyers in America, and Fellow-American College of Trial Lawyers. He retired from the Corette Law Firm in 2009. Towards the end of his career, he was a highly sought after mediator.

RD cherished his life as a husband, father, father-in-law, grandfather and brother. His grandchildren gave him great joy. A strong believer in education and fun, he encouraged and nurtured all of them. RD’s optimism, sense of humor and positive mental attitude (PMA) affected everyone who encountered him. This attitude carried him to the end of his honorable life. His footprints are firm and deep. All the lives that he touched were his success and wealth.

He is survived by his beloved wife Patty of 45 years and their children: Lorrie Corette Campbell (Ian and Emily) of Butte; Chris and Steve Noyd (Reed) of Missoula; Joe Pat and Mary Monahan (Caitlin, Noah and Seth) of Portland; Sean Monahan (Paige, Kyle, Kaylee) of Portland; Megan and Christopher Wallace of Minneapolis; Cameron Lundy (Trianna, Madison, P.J.) of Butte. He also leaves behind his sisters Connie Kenney of Butte and Susan Matule of Missoula both of whom he adored; Bob and Cindi Prigge of Billings, Rick Prigge and Karen Stout of Indio, California along with many cousins, nieces, nephews, friends and colleagues with whom he had very close and loving relationships. RD was preceded in death by his dear brother Holt Corette in 2010.

The family thanks his caregivers at Senior Solutions in his final days and requests please no flowers. Following RD’s lead, you might consider giving a sizeable tip to a deserving person in his memory or a charity of your choice. Visitation will be on Sunday at Duggan Dolan Mortuary 3:00 to 5:00pm. A celebration of life will be held on Monday, October 26 at 1:00 pm at St. Ann’s Church in Butte with visitation from 11:30am to 1:00pm. The family understands if you’re uncomfortable attending.

To send a flower arrangement to the family of Robert "RD" Driscoll Corette, please click here to visit our Sympathy Store.