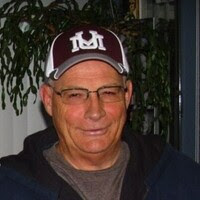 Kenneth “Nick” Williams, 69, passed away peacefully at home on Wednesday, June 23, 2021, with his wife at his side. Nick was born in Butte on November 12, 1951, to Ken and Beverly (Breyer) Williams. He was raised in Centerville, attended the Blaine School and graduated from Butte High School. He worked for a short time as an oiler on the drills at the Berkley Pit before starting his career as a carpenter. Fifty years ago, he and Jeananne Finley were married, and raised two beautiful children.

Nick started to work as a carpenter for his uncle Felix Madrazo in Helena. A few of their jobs included the State Liquor Warehouse, the Dorothy Block on Last Chance Gulch and the Four Georgians Elementary School. Returning to Butte and working for Walsh Construction he remodeled several floors in the Hennessy Building, roofed many churches and historic buildings and he converted the Finlen Hotel rooms to apartments. He built substations throughout Montana for the telephone company. Spent many days and weeks at Stauffer Chemical. He laid out all the intricate forms for the concrete at the Granite Mountain Memorial. The tower for Fairmont’s waterslide, some upgrades at Butte High School and work at Our Lady of the Rockies showcased his skills as a master craftsman. He also built many of the Habitat for Humanity Houses. But his favorite job of all was refurbishing the Front Street Station for Janel and Tom Madrazo.

Nick was a man of many interests, he worked hard, and he played hard. He loved to bowl, play softball, hunt, fish, camp and cheer on the Seattle Mariners. He went from a motorcycle rider to a 4-wheeler and finally the comfort of his side-by-side. His retirement years included building his daughter’s house and his son’s garage and any remodel or roofing job that the family or friends needed help with. Then he discovered that the sunshine in Arizona was a whole lot easier to take than shoveling snow all winter, so he became a snowbird. He thoroughly enjoyed his time in Yuma.

He is preceded in death by his parents Bev and Ken Williams, his mother and father-in-law Jean and Bill Finley. His infant sister Enid; nephew Brian Scott; numerous aunts and uncles including his namesake, Nick Breyer.

Services will be held on Friday, July 2nd at Duggan-Dolan Mortuary with visitation beginning at 10:00 am and services at 11:00. Donations may be made to the charity of the donor’s choice.

To send a flower arrangement or to plant trees in memory of Kenneth "Nick" Williams, please click here to visit our Sympathy Store.