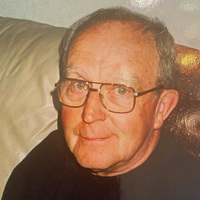 Daniel J. “Dan” Riley, 84, of Butte, passed away peacefully Friday, May 28, 2021, surrounded by family at the Community Hospital of Anaconda. Dan was born on April 8, 1937, in Butte to Daniel J. Riley Sr. and Elizabeth (Sheehan) Riley.

Dan attended St. Patrick’s Grade School and graduated from Butte Central High School in 1955. After high school Dan served his country by joining The United States Army; he served for two years with artillery division duties. Upon returning to Butte, he began working full time with his father at the family butcher shop, Riley’s Meats, which was established in January of 1949. Dan had worked with his father since grade school, eventually becoming the second-generation owner of Riley’s Meats. Dan and his wife Louise built Riley’s Meats from a small butcher shop into a wholesale meat company serving many restaurants and institutions in southwest Montana. Riley’s Meats has always been a true family business with all immediate family members, many extended family members, and close friends working for Dan over the years to get their start in life. It was there that Dan instilled in many of us his passion for hard work and to do the job right the first time, which we are forever grateful for. Dan retired in 1999, turning the reins over to his son Bart who continues to run the family business today.

Dan met the love of his life, Louise D’Angelo of Anaconda, in August of 1960 and they began their nearly 60-year journey of life together. They married on September 4, 1961. Together they raised four children and were blessed with seven grandchildren. In 1980 Dan and Louise were able to fulfill a lifelong dream of moving to the country, they bought property in Buxton. Together, along with their children and eventually their grandchildren, they built a wonderful ranch, The Riley Ranch. Dan enjoyed raising cattle, award-winning quarter horses, and constantly working to improve the ranch. The highlight of summertime for Dan was watching his grandchildren at team roping jackpots, and when all his grandchildren came home to the ranch to visit, play, and enjoy Montana fun. Dan had a very fulfilling life, from his military service to successful businessman and rancher; however, his greatest achievement in life was being an outstanding Husband, Father, and Grampa.

The entire Riley family would like to give a heartfelt thank you to Dr. Cook, Dr. Como, all the amazing nurses, and all staff at The Community Hospital of Anaconda that cared for Dan. You made a very difficult time in our lives so much easier to bear. We could rest assured, knowing he was taken care of around the clock.  We also wish to extend a heartfelt thank you to Dr. Mulcaire-Jones and Adrian for their longtime care.

Funeral Mass will be celebrated on Saturday, June 12, 2021, at 11:00 am in St. Patrick’s Catholic Church, 329 W. Mercury. Visitation will be held from 10:00 am to 11:00 am in the Church.  A further celebration of Dan’s life will immediately follow the Mass at the Riley Ranch in Buxton. Private Rite of Committal will take place at Mount Olivet Cemetery in Anaconda at a later date.

To send a flower arrangement or to plant trees in memory of Daniel James Riley, please click here to visit our Sympathy Store.